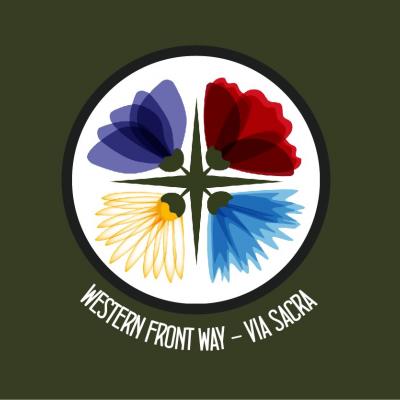 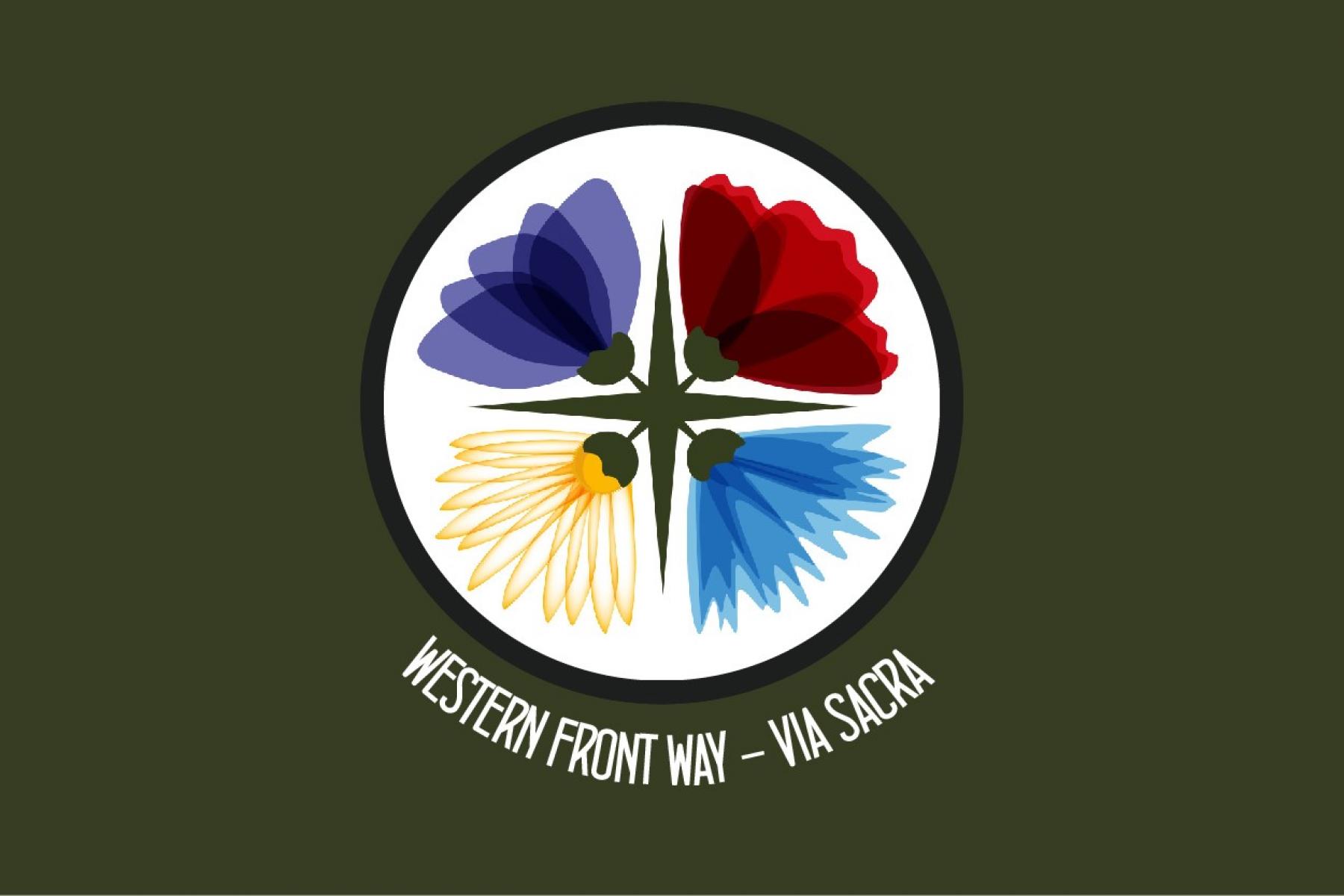 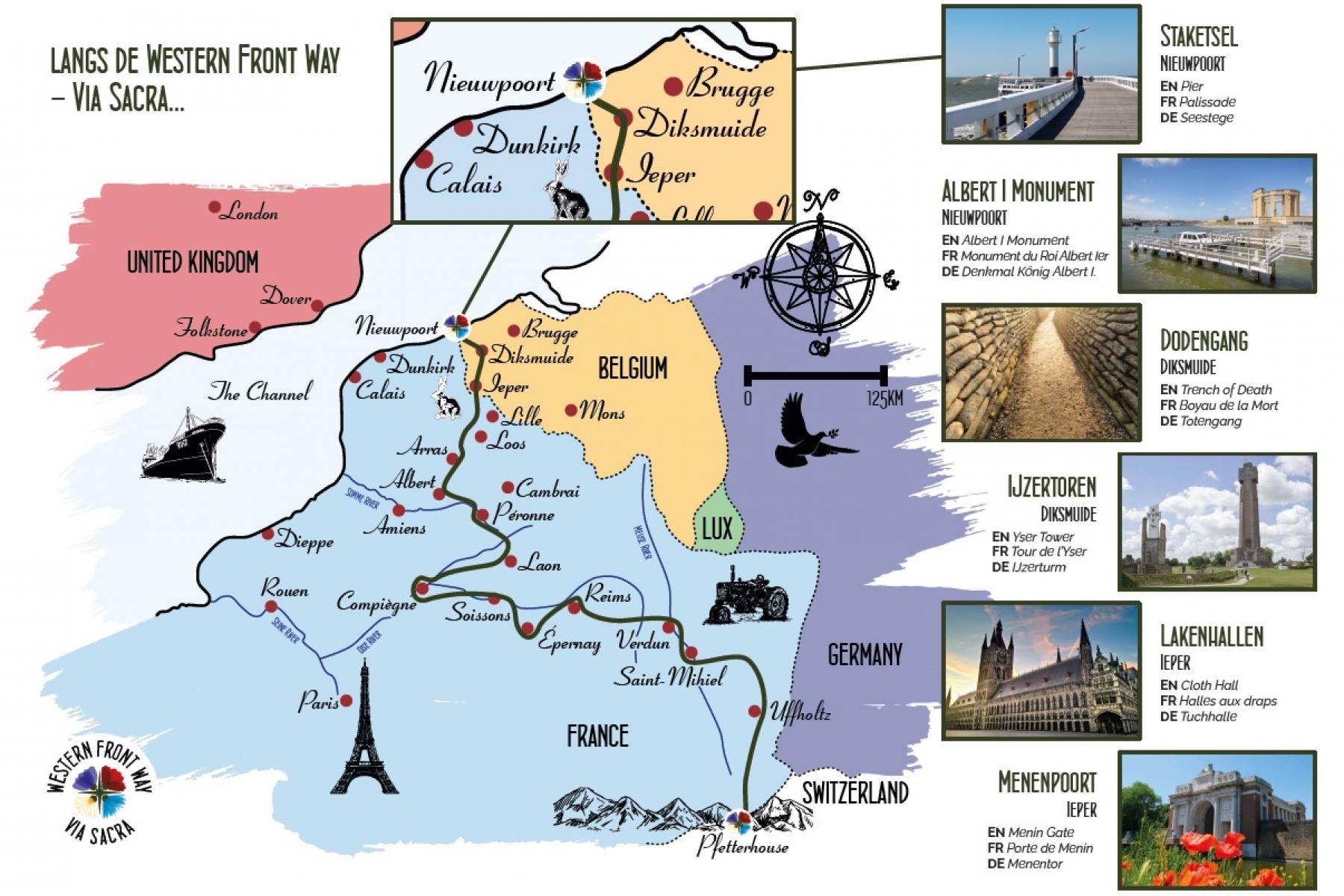 The Western Front Way a is a new, over-1000-km longdistance hiking trail, extending from the French Alps in the south to the Belgian coast in the north. Marked by some 200 plaques in France, the route traces the irregular western front line as it was during the 1914-18 period. Running from Messines to Nieuwpoort, via Ypres and Diksmuide, the route in Belgium is clearly signposted in 2 directions. The Three Front Cities are connected by a hiking trail for the first time.

The route takes hikers through an exceptional area, past numerous sites and monuments, villages and city centres: an impressive landscape shaped by compelling human stories.

The inspiration for The Western Front Way comes from a letter from a young British soldier to his home front describing his hopes for peace after the war. 2nd Lt Alexander Gillespie dies a few days later at the Battle of Loos. (Fr.)

The route from Nieuwpoort over Diksmuide and Ypres to Messines, over Belgian territory, is marked with the logo of The Western Front Way - Via Sacra.
The map for this route is available at www.thewesternfrontway.com.

A collaboration between Nieuwpoort, Ypres and Diksmuide.
With the support of Westtoer, Westhoek and the Province of West Flanders.